Home How Does Solar Energy Affect the Environment?

How Does Solar Energy Affect the Environment?

You may have noticed that solar-powered homes and office buildings are becoming more common each year. Many people are learning about the advantages of solar power and are making the switch for many different reasons. One reason for solar power’s rising popularity is because solar energy is becoming more affordable than traditional fossil fuels. Once they are installed, solar panels can create enough energy to reduce or eliminate the utility bill drastically. Over time, solar panels virtually pay for themselves, so it’s no surprise that more businesses and homes are investing in them.

Solar energy uses light from the sun to create a renewable source of electricity. Renewable energy is replenished naturally and can be used constantly without running out. Sunlight is abundant, and 5 minutes of shining beams can supply the entire United States’ electricity demand for 30 days.

Solar energy has been created to replace nonrenewable fossil fuels, which are extracted from the earth and burned to create energy. After they are burned, fossil fuels like coal, natural gas and petroleum can never be used again. This process depletes our natural resources, and we are quickly running out. Fossil fuels lack the benefits of renewable energy and are detrimental to our environment.

The Downside of Conventional Energy Sources

Today, most of our electricity comes from fossil fuels like coal and oil. This traditional energy source has been used for decades, and people are beginning to see dangerous side effects.

Fossil fuel-based energy comes from natural resources in the ground. Drilling, strip mining and fracking methods are used to extract fossil fuels from the earth. These processes damage the surrounding environment by exposing toxic material and contaminating groundwater and nearby streams. Disturbing the ground can also weaken the ecosystem, making it vulnerable to extreme floods and earthquakes.

To locate more oil, the search has brought drilling to the ocean, disturbing fish and marine life. This creates the added risk of oil spills, which have already devastated ecosystems in the past. For example, the Deepwater Horizon oil rig in the Gulf of Mexico exploded in 2010, releasing 4 million barrels of oil. Efforts are still being made to repair the impacts of this spill.

Oil leaks are also possible during transportation. Ocean tankers and pipelines move oil across the land and sea. These vessels are prone to leaks and accidental spills, which are extremely damaging to the surrounding environment.

Once fossil fuels reach a power plant, they are burned, releasing toxic gases into our air. The burning of fossils fuels creates electricity, but it’s also responsible for large emissions of greenhouse gases like carbon dioxide. These byproducts are responsible for creating environmental and public health issues across the world.

The U.S. and other countries around the world recognize that using fossil fuels as our primary energy source places our environment in imminent danger. Although it is a large and challenging change, 196 countries are making goals to lower their carbon emissions by switching to sustainable energy sources like solar panels.

People realize the environmental benefits of using solar. In the last 10 years, solar power has grown more in the U.S. than any other energy source. Solar energy is abundant and can power our homes and promote the well-being of our planet at the same time.

How Can Solar Panels Help the Environment?

In addition to providing a renewable energy source to contend with fossil fuels, solar energy benefits the environment in many ways.

The mining and burning of fossil fuels release toxic chemicals and molecules into the air, such as:

Acid rain and smog have far-reaching effects. In 2010, the haze produced by coal-burning emissions was responsible for 13,200 deaths, 9,700 hospitalizations and 20,000 heart attacks. The impact of air pollution on public health is real and has serious consequences. Acid rain disturbs entire ecosystems by reducing the pH of lakes and streams, killing fish and other aquatic life. It also poisons the soil with aluminum and removes essential minerals, thus weakening trees and other plants.

Solar power is good for the earth because it can reduce acid rain and eliminate toxic smog that causes chronic respiratory diseases.

Solar panels provide an alternative way to produce renewable energy that does not create massive amounts of dangerous air pollution. Widespread use of solar energy would replace the need for power plants that emit dangerous pollutants into the air. 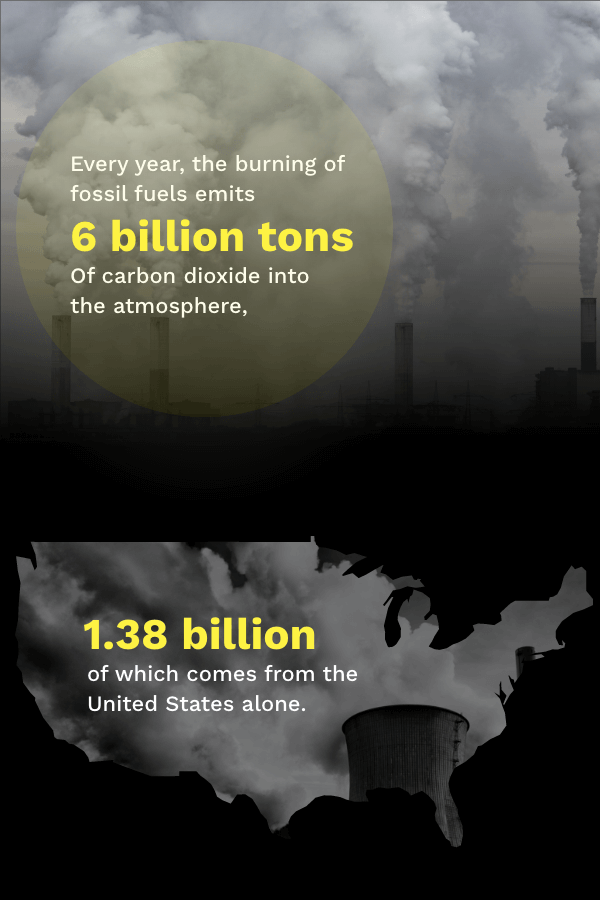 Traditional energy sources like coal and natural gas use a lot of water to produce electricity. Even nuclear power, which is widely considered a clean energy source, uses the same amount of water as coal plants.

Water is an essential part of extracting, refining and harnessing energy from fossil fuels. Coal and nuclear power plants draw 20 to 60 gallons of water for every kilowatt-hour of electricity they produce.

Using coal as an energy source requires water at every step:

Although water is considered a renewable source, clean water is becoming a commodity. Although most of the water used in power plants is eventually returned, some of it evaporates or becomes polluted, which can cause challenges in areas that experience droughts and low water reserves. This process also allows toxins to leak into freshwater sources, which impact the environment.

A study by LUT University in Finland found that solar panel technology consumes 2%-15% of the water that coal and nuclear power sources use. If solar energy were used instead of coal or natural gas, large amounts of freshwater would no longer be used to create electricity.

Solar energy can reduce water usage significantly, creating cleaner water that can be used for irrigation and consumption.

Every year, the burning of fossil fuels emits 6 billion tons of carbon dioxide into the atmosphere, 1.38 billion of which comes from the United States alone.

The manufacturing process to create solar panels produces less than 15% of the carbon dioxide from burning coal. Once built, solar energy produces zero carbon emissions. Converting to solar power electricity would rapidly reduce the amount of carbon released into the atmosphere.

As the burning of fossil fuels has increased greenhouse gas emissions, the danger of climate change has also increased. Global warming and climate change are two major consequences of burning natural gas, coal and petroleum for energy.

A major part of repairing the atmosphere and protecting the climate is adopting renewable energy sources. Solar energy is renewable, free of dangerous carbon emissions and has the potential to provide our nation’s power. The environmental impact of solar energy is much lower than fossil fuels and will be fundamental to fighting climate change.

The U.S. solar industry has already reduced carbon emissions significantly, producing the equivalent effect of planting 2 billion trees. Solar panels will continue to increase in popularity and improve our ability to preserve our atmosphere.

Solar power minimizes the demand for fossil fuels, which will reduce carbon dioxide emissions in our effort against climate change.

The global population is growing, and we are filling up our land. The less land we use towards power plants and electricity production, the more land we can spare for other uses. We can replace polluting resources like fossil fuels with clean energy from sunlight and reduce land usage all at the same time.

The land required to garner energy from fossil fuels takes up a lot of space. Although the plants themselves are small, using fossil fuels also requires mining, refining, transporting and storing natural gas, petroleum and coal. This massive operation has caused significant harm in a large portion of rangeland and croplands in the midwestern states.

Research suggests that we could fit all of the solar panels necessary to power the entire country in 0.6% of our land. Although solar panels take up some space themselves, it is much less than fossil fuels. They can also be placed almost anywhere that receives sun, instead of filling up precious farmland.

Conventional power plants strip the landscape of their resources and leave a trail of damage behind as they move along in search of fuel. With solar energy, the surrounding landscape is preserved, and the land can easily be restored if the solar panels are removed.

Solar energy requires less land and places less strain on the surrounding environment. Replacing our current power sources with solar would free up land and reduce the impact of energy production on our planet.

Earth has a limited amount of oil, coal and natural gas, which were formed over millions of years. If we continue using them at our current pace, we will run out.

Energy collected from burning fossil fuels depends on these resources and is not sustainable to produce electricity. These power supplies also require precious resources like land, water and clean air.

Solar energy is sustainable because it runs on sunlight. Solar power does not take any finite resources from the environment and does not require large plots of land for drilling and processing.

With solar energy, the future is bright. Solar panels are sustainable and can provide the electricity we need in the present without consuming the resources we will need in the future. It is impossible to use too much solar, and the planet will be protected as well.

How to Switch to Solar Energy

Hopefully, now you can see the positive environmental impact of solar energy. Placing solar panels on your property is the right choice for you and the environment you live in. The installation process is a simple one-time project that will make a lasting impact on the world around you.

If you are ready to experience the positives of using solar energy, get started with KC Green Energy. We will create a solution that matches your unique energy needs and budget. We use only the highest quality products, so you can expect an excellent installation with prompt and respectful customer service.

Trust KC Green Energy to help you transition to solar energy from start to finish. We will send one of our professional installers to evaluate your property and make calculations to ensure it is a good fit for solar panels. We will work with you to design the best solar energy solution for your property and take the rest from there.

You can depend on us to:

With over 30 years of experience, we understand the meaning of quality craftsmanship. We use top-of-the-line, North American-made SolarWorld products. Our family-owned business aims to achieve the highest standard of service and customer satisfaction.